2022 – 03/21 – Taking the opposite approach: Ways your business can accelerate taxable income and defer deductions


Businesses typically want to delay taxable income into future years and accelerate deductions into the current year. But sometimes they want to do the opposite. One reason might be tax law changes that raise tax rates. Another reason may be because you expect your pass-through entity to pay taxes at higher rates in the future. There are ways to accelerate income into the current year and delay deductions into later years. For example, sell appreciated assets that have capital gains in this year, rather than waiting until a future year. Or depreciate assets over a number of years rather than claiming big first-year Section 179 deductions or bonus depreciation deductions. Contact us for help. 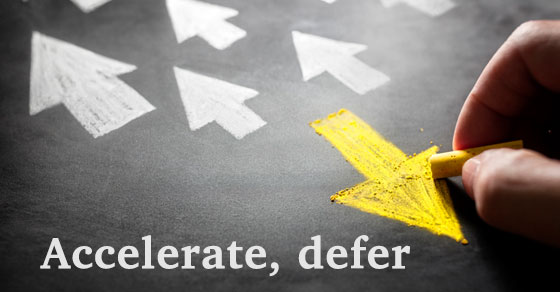